When wind advocates promote the glories of wind power, they use numbers based on the windmill’s nameplate rating, its maximum capacity – as in a February 20, 2015 Earth Watch article, which said, “…the total amount of wind power available… has grown to 318,137 megawatts in 2013.”

But because wind power is intermittent, windfarms usually generate an average output of about 33% of their capacity, which is why 318,137 megawatts is very misleading, and 95,000 would be more accurate, perhaps even generous. Thus, when they say that windmills can supply xxxxxxx homes, they are usually talking about the cumulative plate ratings on the generators – the output under ideal conditions, not the average amount of electricity they really produce.

Neither solar nor wind can deliver the 24/7 “baseload” power that is provided by nuclear plants plus hydropower, natural gas, oil and coal. Of those five, only nuclear power plants (despite Chernobyl, a plant deemed to be “illegal” everywhere else in the world), have been safely delivering carbon dioxide-free power for more than fifty years. (Wind also can’t handle cold weather.)

Great Britain, faced with building 12 nuclear plants or the 30,000 1-MW windmills needed to provide an equal amount of power, chose nuclear. And Japan, which closed its nuclear plants due to post-Fukushima panic, has begun to reactivate them, which will reduce the thousands of tons of CO2 they’ve been dumping into our atmosphere by burning methane [‘Natural’ Gas].

Nuclear Plants and Facilities in East Asia and Japan (Maps current as at January 2015) -Nuke Info Tokyo No. 165

Germany, which over-reacted by closing nuclear plants in favour of wind and solar, is paying almost four times more for electricity than nuclear France. And with its industries hurting, the Merkel government has begun to rethink nuclear power. While they debate, they are creating more CO2 by burning lignite, the dirtiest member of the coal family.

Germany “paid” for the top line of the following graph, but only got the dark blue spikes. The light blue area is primarily supplied by burning carbon, which worsens Climate Change. (Every megawatt of wind generation capacity requires at least another MW of natural gas or coal generation for backup.)

In Germany, more and more wind turbines are being dismantled. The reason: subsidies are running out, the material is worn out… dismantling is extremely complex and expensive.

How much is wind power really costing Ontario? 31 cents per kWh, by Parker Gallant, 6 December 2016

It’s not just birds and bats that suffer. According to the Caithness Windfarm Information Forum, “Just in England, there were 163 wind turbine accidents that killed 14 people in 2011, which translates to about 1000 deaths per billion kilowatt-hours.

Why is it almost sacrilegious for the Sierra Club and its clones to rethink windmills, and why do they refuse to watch presentations that compare the records of their “green” alternative energy sources to the record of CO2-free nuclear power? Could $$$ be involved? (In 2012, TIME magazine reported that the Sierra Club secretly accepted USD 26 million from Chesapeake Energy – an oil company.)

Researchers at the University of Edinburgh report that 117 of world’s 200,000 windmills burn every year – far more than the 12 reported by wind farm companies. Even more throw their blades or have them torn off by climate change storms.

Fires are major cause of wind farm failure, according to new research by Colin Smith 17 July 2014

Why hasn’t our media featured this image of two Dutch engineers waiting to die? (It’s been available for years.) One jumped to his death. The other burned to death.

For examples of the opposition we encounter from many “greens” please see these excellent articles:

Nuclear power is even safer than ‘benign” hydropower, which has a huge carbon footprint because of the energy needed to manufacture the cement in its concrete, and because reservoirs create large amounts of methane. (See Hydro’s Dirty Secret Revealed by Duncan Graham-Rowe.)

Furthermore, people who are forced to live close to windmills have complained of severe sleep deprivation, chronic stress, dizziness and vertigo caused by low frequency noise and inaudible noise below 20 Hz, known as infrasound.

Despite these problems, those who profit from selling, repairing and building short-lived, inefficient, wind and solar farms have no interest in replacing coal-burning power plants with highly efficient, environment- friendly, ultra-safe, Generation III+ reactors or Molten Salt Reactors that cannot melt down, cannot generate the hydrogen that exploded at Chernobyl and Fukushima – and can even consume much of our stored nuclear “waste” as fuel.

With these facts in mind, how can “environmentalists” support wind farms that require carbon-burning backup generators, have only a 20-year lifespan, are difficult to recycle and have larger death prints than nuclear power, which operates 24/7, has a much smaller carbon footprint, a 60-year lifespan, is 90% efficient, requires very little land, and kills no birds or bats? 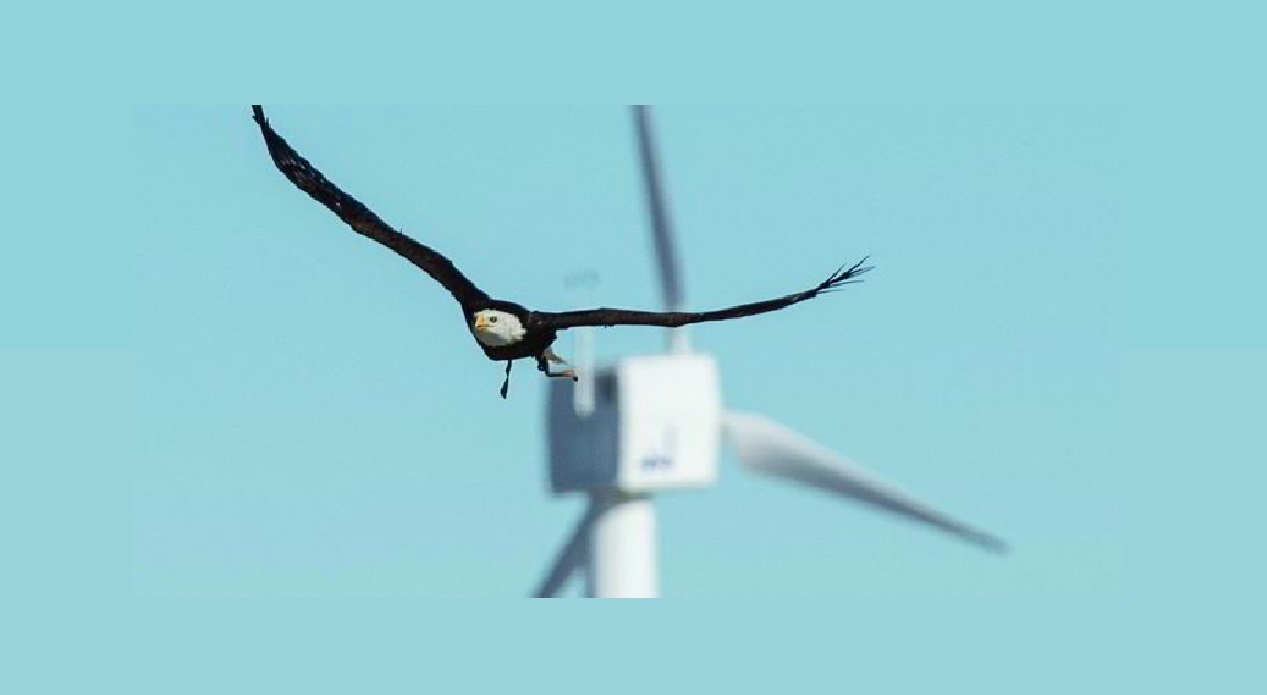 I was thrilled when the first windmills appeared on the Laurentian Divide near my hometown of Virginia, Minnesota, but a few years later, having noticed a significant amount of “down time,” I checked on wind power’s record with the help of my new associates in the Thorium Energy Alliance and discovered that the windmill industry had been selling more sizzle than steak.

During the “green” search for energy alternatives, which was guided by an “anything but nuclear” bias, the Sierra Club and others to which I once belonged took pains to define what was “renewable” and what was not. In so doing, they deliberately (and ironically), excluded CO2-free nuclear power, even though we have enough uranium and thorium to last 100,000 years.

Because those who profit from wind and solar said nothing about their carbon footprints, environmental damage, resource use, inefficiency, bird, bat and human deaths (death prints) and the need for huge subsidies, we drank their Kool-Aid, and now wonder why it’s making us sick. Well, here’s why, from many points of view.

Windmills kill 1 million birds and 1 million bats per year, even as insect borne diseases like Zika, dengue fever and malaria are increasing. (Bats can be killed by just getting too close to the low pressure area that accompanies each blade, which ruptures their lungs) How “green” is that?

Energy company to pay up to $35 million after turbines killed eagles by Lindsey Bever, 9 April 2022

Shouldn’t they care that Pacific Corp., which owns 13 windfarms, has sued the U. S. Interior Department to keep it from revealing how many birds and bats their windmills have killed?

Don’t these “environmentalists” care that, according to Science magazine, a “single colony of 150 brown bats has been estimated to eat nearly 1.3 million disease-carrying insects each year”? Shouldn’t they know that, according to the US Geological Survey, bats consume harmful pests that feed on crops, providing about USD 23 billion in benefits to America’s agricultural industry every year?

“North America lost 3 billion birds between 1970 and 2019” [ WSJ] but no one mentions windmills for contributing to this disaster!

Birds Are Vanishing From North America

Coming up next week, Episode 25 – Hazards to Humans. The Blades of Death.

An Anti-Nuclear Advocate Sees the Light, Changes Their Ways, Wants to Help Others Change Also

The Secret to Success in this Sector is to Be Passionate

By Wade Allison, professor of physics at Oxford University. Written 20 September 2022 Though an ideal energy source, nuclear made an unfortunate entry into world affairs. Accompanied by frightening tales of destruction it failed early on to gain the confidence required of a leading contributor to future human prosperity. Is radioactivity and nuclear radiation particularly…

Nuclear is the Only Answer to Our Energy Transition

By Wade Allison, professor of physics at Oxford University. This was first published in the New Statesman special supplement on Energy and Climate Change on 27 May 2022. Reproduced with permission from the author. Finding sufficient energy is essential to all life. Humans have excelled at this, notably when they studied and overcame their innate…