I love all the colours chosen for a gas that has none. There is no smell either. Pink, green, blue, grey, black, yellow, white, maroon… I’m making them up now, but it doesn’t matter. There is an odour coming from this “new hydrogen economy”.  Hydrogen is not an “energy source”. It’s how we can transport energy. From where it’s made to where it’s consumed. The colours are a clever way of identifying the source of the energy before conversion into hydrogen. But be clear, hydrogen is not a “fuel” that replaces “fossil fuels”. Lithium is useless until energised in a Li-Ion battery. Hydrogen is useless until you make it, or rather separate it, from it’s most common bonded atomic partner – Oxygen. Then again I do enjoy a good drink of oxidized hydrogen. The most common form of hydrogen on earth – water – is is not useless at all.

Hydrogen on the surface is “better” than hydrocarbons. It has twice the energy density. Fossil fuels, incidentally are stores of energy: you dig them up, or pump them out, and immediately convert them to heat. Remember that our most common need for energy is low cost heat. Hydrogen as a fuel is yet to find that low cost convertibility to a low priced, abundant fuel. It is easier to transport the energy via electrons, than lug around a much heavier proton with a electron attached to it.

For pipes and storage tanks, the metallurgy of hydrogen makes problems because it can embrittle many materials. It’s a very small molecule and creeps into all kinds of places. Hydrogen has a very wide explosive range: 4 to 74%, and will ignite with sunlight. It’s tricky stuff to work with.

I don’t see hydrogen becoming anything other than another energy distraction. Much the same way that ethanol was 20 years ago. But we are not adept at learning from our mistakes. There will be regions that will benefit for reasons other than are written here.

Thorium Molten Salt Fission Energy technology making electricity is a viable proposition. The technology hurdles where identified and addressed more than 50 years ago.  Yes, hydrogen production using Molten Salt Technology is a very viable option – where it is needed. The Energy Return on Investment (EROI) of energy from Molten Salt Fission Energy Technology is 30 times better than any oil equivalent and 512 times better than wind and solar. (Anyone remember fuel ethanol? The EROI is somewhere between 0.9 and 1.1 – pitiful).

Let those numbers sink in… That’s where you’ll find the real gold at the end of the rainbow.

So, are you up on your p’s & Q’s: Qtotal and Qplasma? Do you know the difference? If your taxes are being used on fusion energy efforts in your region then you better have a good talk to your representative about the details. Because as you’ll see in this video, even as recently as 2016, the head of the USD 65 billion ITER fusion project, Dr. Bigot, is telling little porky pies about the realty of their projects’ ultimate outcome. Why on earth would be be doing that? Oh, might have answered that in the previous sentence. It’s a big budget production.

Full credit to the efforts of all involved at ITER to create such an incredible feat of international collaborative scientific and engineering marvel. But will it get to the end once the cat is out of the bag (watch the video) and the mainstream realise they’ve been duped by clever scientific distinctions into funding a massive science experiment?

Also disappointing are the delays inevitably caused to other demonstrably viable technologies – like Molten Salt Fission – because of these deceptions. Tsk-tsk, Dr. Bigot.

Post note: ITER will be testing fuel “breeder blankets”, which may include a molten salt shielding and fuel production blanket of fluorine, lithium and beryllium (a “FLiBe” salt). The blanket is to produce the all important – but very, very rare – tritium fuel to make it all work. The Lithium needs to be Lithium-6. For Molten Salt Fission, Lithium-7 is necessary, because you do NOT want tritium production in Fission machines (in the thermal spectrum). We are very aware of that distinction and the implications for Lithium supplies around the world.

Ask us at SAFE Fission ConsultTM if you need help understanding all of this. We have experts from all sectors ready to help.

Australia has committed to buying up to 8 small modular reactors*. It is conceivable to envisage similar technology rolling out across the country to produce SAFE, reliable, green energy. Thus, with a little imagination, one can envisage a burgeoning Thorium industry. And also eventual production of Safe clean fission energy from Molten Salt technologies. The imagination then expands further to the concept of a booming domestic vertical Rare Earths industry. With Boeing making UAVs in Toowoomba (Australia), how much of each aircraft could be supplied from ingenious, locally processed materials? Bringing it down to earth, how competitive would domestic EV and batteries industries become for export with local strategic supplies?

*Technically, these small modular reactors have a capacity of about 200MWt. They will probably be “9th generation” and hence have millions of safe operating hours behind them. Whilst the basis of the AUSUK decision is incorrect, the opportunities for correction open immensely.

Meanwhile, our consulting division, SAFE Fission Consult(TM), holds some of the brightest and experienced minds in the fission world. We are preparing countries for Safe Fission Energy:

Full credit to Adelaide based Dr. Ben Heard of Frazer-Nash Consultancy for producing the report.

The full report is here:

This is a great piece of history. The late Professor Mike Driscoll of MIT, known for his work on fission breeding (where more fuel is produced than is consumed – go figure!) asked the question of the origins of the word “breeder” to Dr. Alvin Weinberg. This is Dr. Weinberg’s response with Dr. Eugene Wigner’s handwritten addition. 12 April 1976. 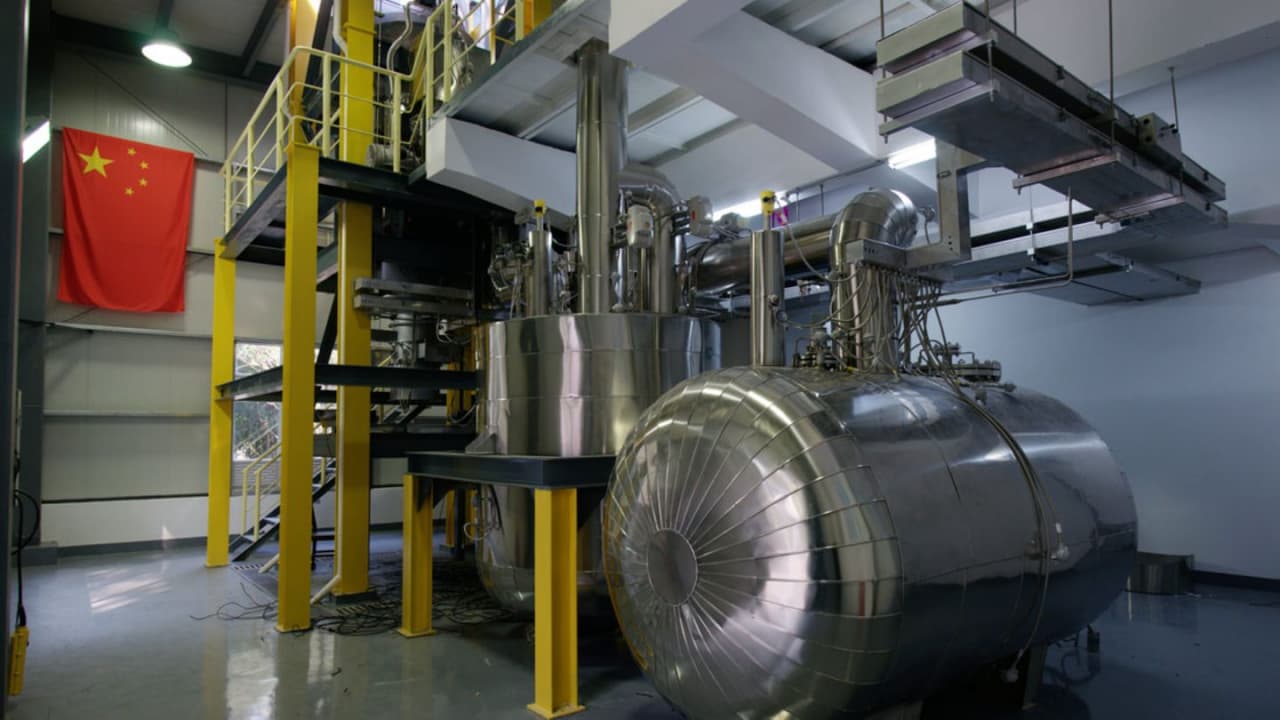 More than 50 years since the MSRE ended in Oak Ridge, Tennessee, USA, another starts up. This time in China. Whilst Oak Ridge’s machine was 8 MWt, China’s is 2MWt. This article by Gernot Kramper was published in the German Star online magazine on September 20, 2021. Well done China. 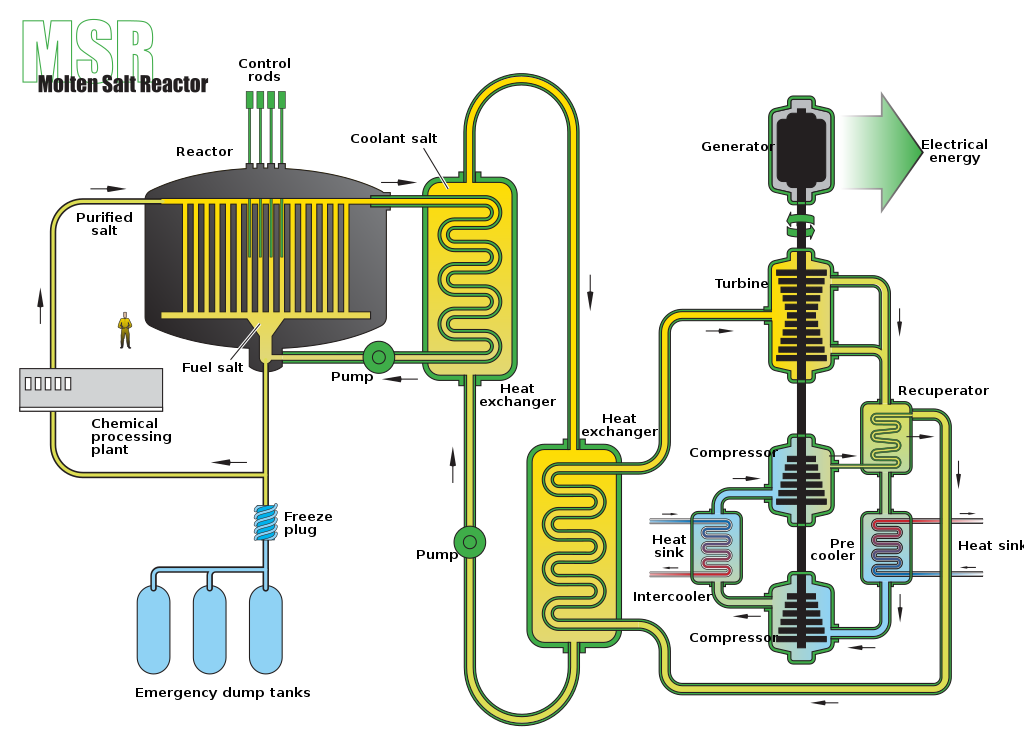 There’s quite a lot going on from Rare Earths mining and processing, Fluorination of fuels, to Molten Salt Modelling Technology, to regulations and new laws from around the world.

Fission Energy for Across Africa – a Vision of 2050

Unintended Consequences – Episode 1 – Why I Care, by Dr. George Erickson.

This is the first episode taken from Dr. George Erickson’s Unintended Consequences: The Lie that Killed Millions and accelerated Climate Change. Follow our media for a bite sized portion each week of Dr. Erickson’s book with additional images and references for easy information access. Follow our social media to read some of the best, some …

END_OF_DOCUMENT_TOKEN_TO_BE_REPLACED

To start the new year we will be publishing episodes from the book “Unintended Consequences: The Lie that Killed Millions and accelerated Climate Change”, by best selling science author Dr. George Erickson

Asia leads the way for our Carbon Free Future

Asia leads the way for our Carbon Free Future